Statistics of Health Insurance for Children in the USA

It is known that Americans resort to the services of intermediaries to pay treatment bills: a medical policy (insurance) serves as a guarantee of providing medical care, the volume, nature and limits of which are determined by its conditions. The existence of two insurance systems in the country – private and state (public) – is an essential feature of American medical care. 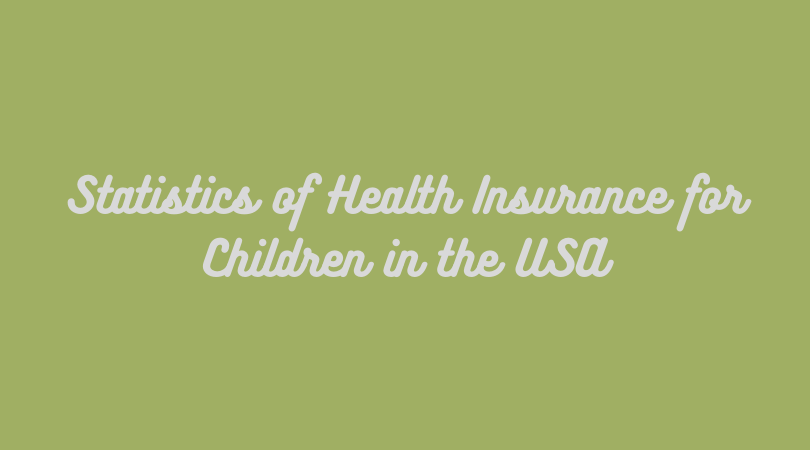 According to the data picked up by Trusted Tablets staff, it is indicateв that children covered by one or another health insurance have more regular access to health care than children without insurance. In 2005, 66% of children were covered by private health insurance and 30% of children by state. However, official data indicate that, in real everyday life, these indicators are lower. So, in the already mentioned report on children’s status (2007), detailed monitoring shows that in 2005 89% of children had short-term (one year) medical insurance. For example, in 2005, the number of those who did not have full annual insurance amounted to 8.1 million people (or 11% of all children).

Types of insurance for children

The type of insurance policy varies depending on the age of the children: public health insurance is mainly available for children of younger age groups, while private insurance – for older children.

With the continued increase in the number of Americans who do not have health insurance, the Medicaid program (the federal staff medical aid program, that is, health insurance) has gained particular importance. Increasing child enrollment with this program will improve US child and maternity care.

Currently, there are two state programs for medical insurance of children from low-income families in the United States:

The right to receive state benefits is determined on the basis of the family income level in relation to the established federal poverty line. Each state has its own child health insurance program. Despite its expansion (thanks to government programs), still millions of children in the United States are left without insurance.

The Medicaid Program, co-financed by federal and state governments, is subordinate to state governments. The federal government pays an average of 57% of the cost of Medicaid, which provides health insurance and services to more than 55 million poor children, pregnant women, elderly and infirm people. This is the main and main program in the health insurance system for millions of children from poor families. In 2007, there are almost $24 million, insurance takes 23% of all costs. It is estimated that in 2008 federal spending on Medicaid will amount to $204 billion.

Each state establishes its own rules (criteria) for obtaining the right to medical benefits and compensation for the costs of medical services. The program provides for the right to insurance to two categories of the population – mandatory and optional.

The mandatory group is pregnant women who already have children under 6 years of age; their family income does not exceed 133% of the federal poverty line. In 2006, this level corresponded to $27,465 per family of four. This category may include children under the age of 9 years old if the family income is below the federal poverty line ($20,650 per family of four in 2006).

Keep in mind that its level in the United States is annually established by the Office of Management and Budget taking into account the consumer price index. In 2006, 9.8% of Americans lived below the poverty line. Among US natives, 11.9% were in a similar situation, among immigrants – 15.2%. It is characteristic that in poverty most often live single men with children (divorced or widowed). The risk that the income of a woman with children (widow or divorced) will be 2 times lower in such a situation.

An optional group is pregnant women and children from families where the income does not exceed 185% of the federal poverty line ($38,203 per family of four per year).

The difference between these two programs is that children who are qualified for Medicaid health benefits are guaranteed health insurance, and the full-time health insurance program for children can freeze or stop the benefits. People included in the program often receive a more limited set of benefits than Medicaid recipients.